Some people think fish losses at water diversions is a new problem. History tells us it’s been happening for decades.

By Craig Boys and Tom Rayner

A new scientific paper is coming out soon. In this paper the authors have scoured the National Archives for historic accounts of news stories relating to fish losses at diversion and calls for screening. This has been combined with more recent oral accounts from social media.

Newspaper articles, from as early as the 1920s, reported cod, perch and blackfish being diverted into irrigation canals along the Murray River. One local said,

“by opening the sluice gates many small fry are left on the land, and when the water flows back they die in thousands”.

A NSW Inland Fisheries Officer investigated, recommending the “installation of screens at all irrigation and other pumping plants” (Register News-Pictorial 1929).

A string of articles in 1946 and 1947 discussed the need to address the significant numbers of Murray cod and other native fish being lost to Murrumbidgee Irrigation canals. These articles highlight that fishers have long been engaged in the discussion, labelling the losses of “immense quantities of valuable fish” as “deplorable”. 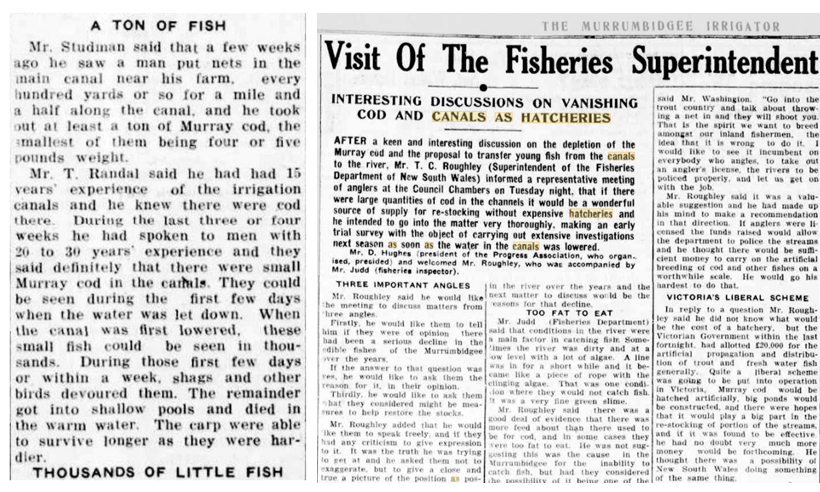 Newspaper clippings from the 1940s.

Recreational fishers have renewed calls for proper screening, referring to the losses as “unacceptable and insane” (Foley 2020), while fisheries agencies continue to rescue stranded fish.

In 2003, NSW Fisheries rescued over 300 adult golden perch and smaller numbers of silver perch from a a large off-channel storage near Bourke.

More recently, a the Victorian Fisheries Authority rescued fish from irrigation channels off the Murray River that were being dewatered for maintenance. They saved 1,207 Murray cod, 143 golden perch, 199 river blackfish and one silver perch. 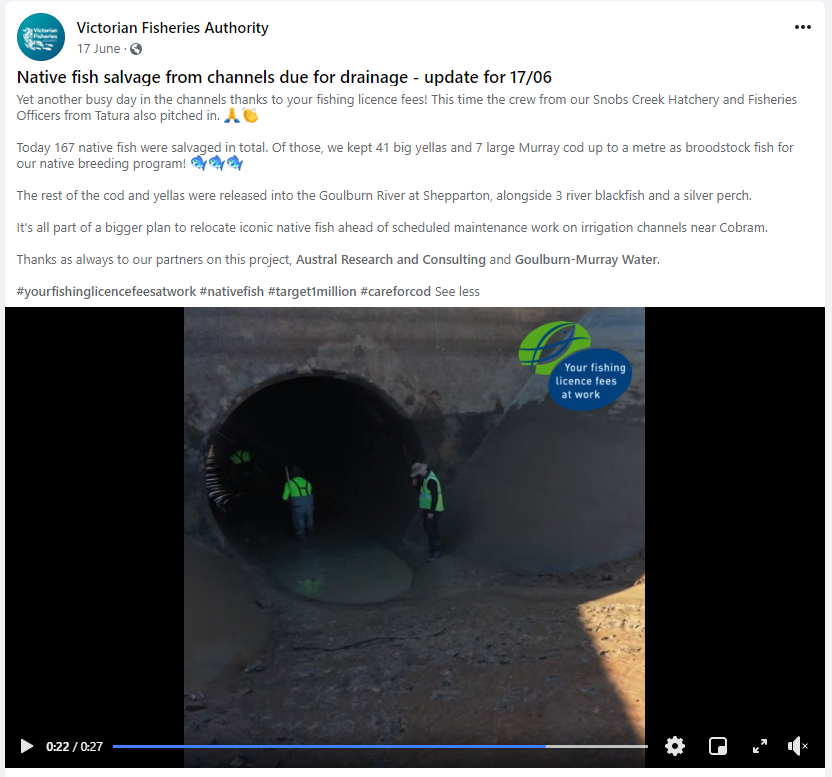 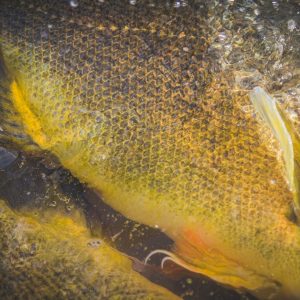 What is the evidence? It’s a question that gets asked a lot, so here’s the answer. By Craig Boys and Tom Rayner Australia has some of the world’s best data on fish losses at water diversions, which gives a good insight into the scale of the problem. A new scientific paper is ...